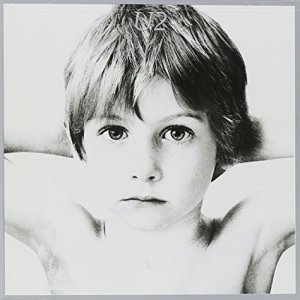 In 2003, the album was included at No. 417 on Rolling Stone magazine’s list of “The 500 Greatest Albums of All Time“. The magazine wrote, “Too ingenuous for punk, too unironic for new wave, U2 arrived on Boy as big-time dreamers with the ambition to back it up.”[Wikipedia – 30]

Little did they know that what would unfold with this the big-time dream and first studio album.  By the time I came across Boy, I was hooked.  I knew I was hearing something different.  Not only did they sound different, their lyrics were different too.

These boys from Ireland didn’t sing about sex, drugs and rock n’ roll.  On the contrary. In the case of Boy, they sang about the struggles of adolescence, about a boy becoming a man and they used punk music as the vehicle.

As stated above, “Too ingenuous for punk, too unironic for new wave…”.  Pretty deep lyrics, considering Bono was maybe 17 years old or so when he wrote that line for the song, “Twilight”.  It’s the idea that change doesn’t happen in the board day light, it happens in the twilight.  That time of mystery and uncertainty, that hour when the day gives way to night and leaves us with a moment of half-light.  It’s during the moments of struggle and pain that growth happens.  Coming into manhood is never a smooth and easy transition.

Musically, Boy held its own then and holds its own now.  If you are a modern fan of U2, go back and discover their roots.  I’ve enjoyed every song on this album, but for you samplers, enjoy the pure energy of “I Will Follow”, “Out of Control”. “A Day Without Me” and “The Electric Co”.